I am trying to write posts on a weekly-ish cadence, but sometimes I miss that SLA. This past weekend is an example of that where I didn’t really get too much stuff done; however that’s okay!

I’ve decided to take this opportunity to talk a little bit about what I have managed to get done, that’s in bits and pieces, but also a bit about what has gone wrong lately. I personally think sometimes there is a huge focus on talking about only positive or successful work, so sometimes we need to talk about negative or failed work as well.

The plants are still growing. I’ve stopped taking pictures of them really. The mint and rosemary finally sprouted, as did the hot peppers, so I am basically at 100% yield for each kind of plant I planted. I have all the pieces for the electronics to monitor them too, but I’ve just been very tired recently.

I took a class on how to bake bread! Specifically it was this class at The Mill in SF. I got to take home some starter sourdough culture in addition to a finished dough that I could bake myself. The culture has been named Steve.

I finally finished setting up Linux on my laptop which should make it a tad easier to flash SD cards for use in the raspberry pis.

I have some new recording cameras because some friends of mine have expressed interest in watching me put things together. I can’t guarantee the best watching experience for you, but hey, learning is fun.

When I baked my dough I did not have a dutch oven nor a pizza stone; I did have a cast iron pan which sort of did work okay, but I had nothing really to cover it, and the foil hat I made was too shallow which impeded the oven rising upon baking. I don’t have a picture of this (I felt kind of bad about it), so you have to take my word that it didn’t quite come out okay. It still tasted good though.

I haven’t started talking about my companion cube mini compute cluster yet because! I don’t have all the parts for it yet. The motherboard has been taking ages to ship from a Newegg third-party seller; it’s been three weeks and I’m in contact with the seller, but I’m crossing fingers that it will eventually arrive. Since the motherboard is the largest component, as much as I could try and model around it in SketchUp, it would be nice to have the actual physical motherboard to measure things.

My garlic plant got mold on the surface of the soil! Thankfully it didn’t spread to anywhere else, so I dumped out the soil and repotted and hopefully it’s going to be fine. I’ve also discovered the pots I got on sale from the local grocery store have no drainage capability, so I probably will have to drill out a hole on the bottom.

As much as the 3D printer worked really well for the sample print, it turns out it’s actually way harder than I thought to get 3D models to slice correctly to be sent to the printer. Proper slicing appears to be critical for a good print (on a cheaper printer). So far I have discovered I am really good at making nice plastic coasters (i.e. printing the bottom leveling raft before the main model is being printed) but that’s about it. On 3D printing days, I’ll probably try and stream the experimentation process so other people can follow along to see what works and doesn’t work. 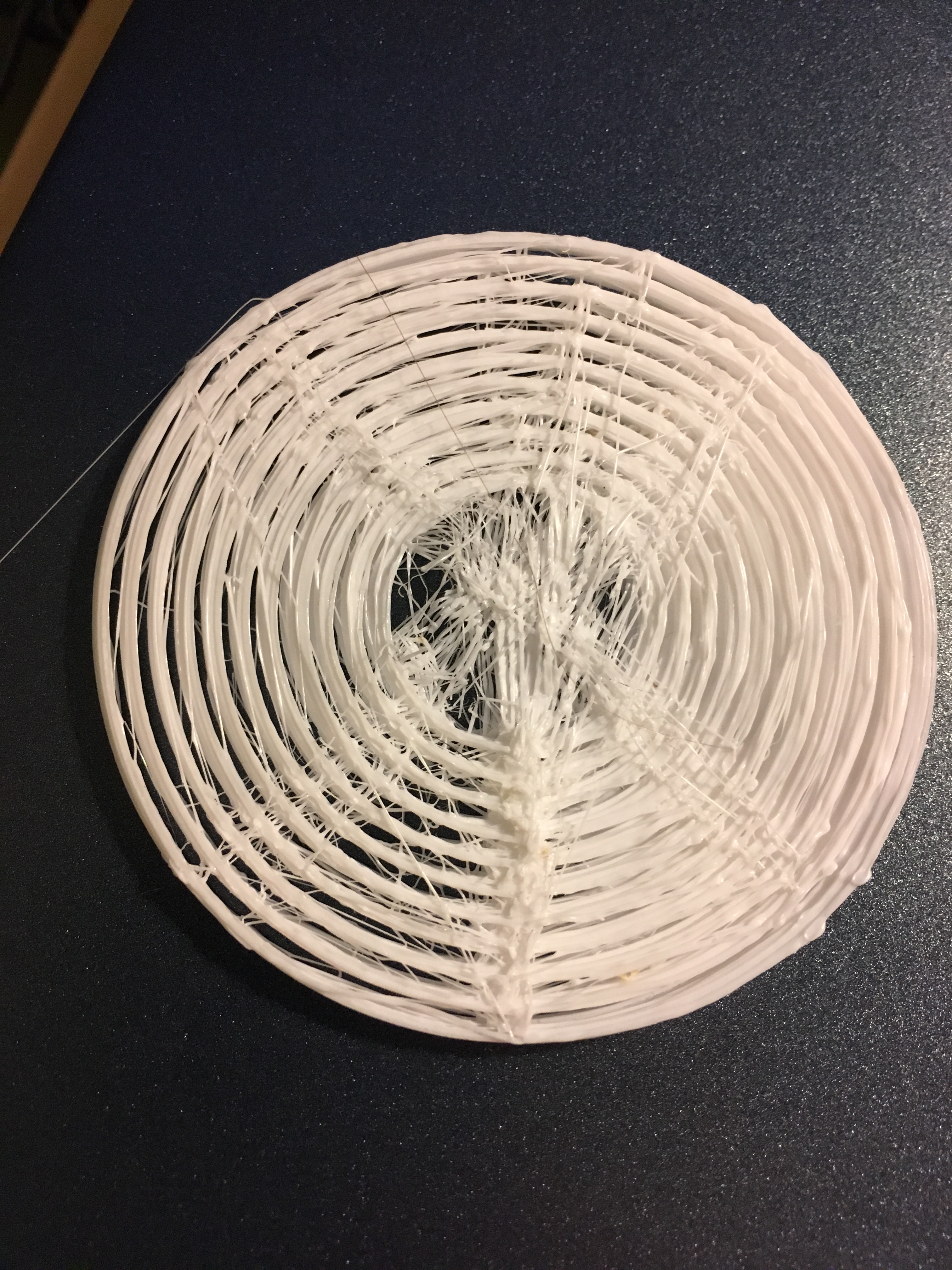 That’s all for now; hopefully there will be more updates this weekend!