A few weeks ago I decided I was tired of buying herbs from the store that would just go bad because I would have used a small portion, never the rest of it. This coincided with me going to the local Lowe’s and I happened to take a look through their garden section. Their display had tempted me once before (I was intrigued by the idea of having raspberry bushes, before realizing how long it would take for them to fruit).

I decided it might not be a bad idea to try my hand at growing these indoors; if anything I’ll learn a bit more about indoor gardening along the way. I’m not yet interested in hydroponics, since that looks like it’s a bit more involved than the time I have available to invest in it.

I started off with a variety of seeds: 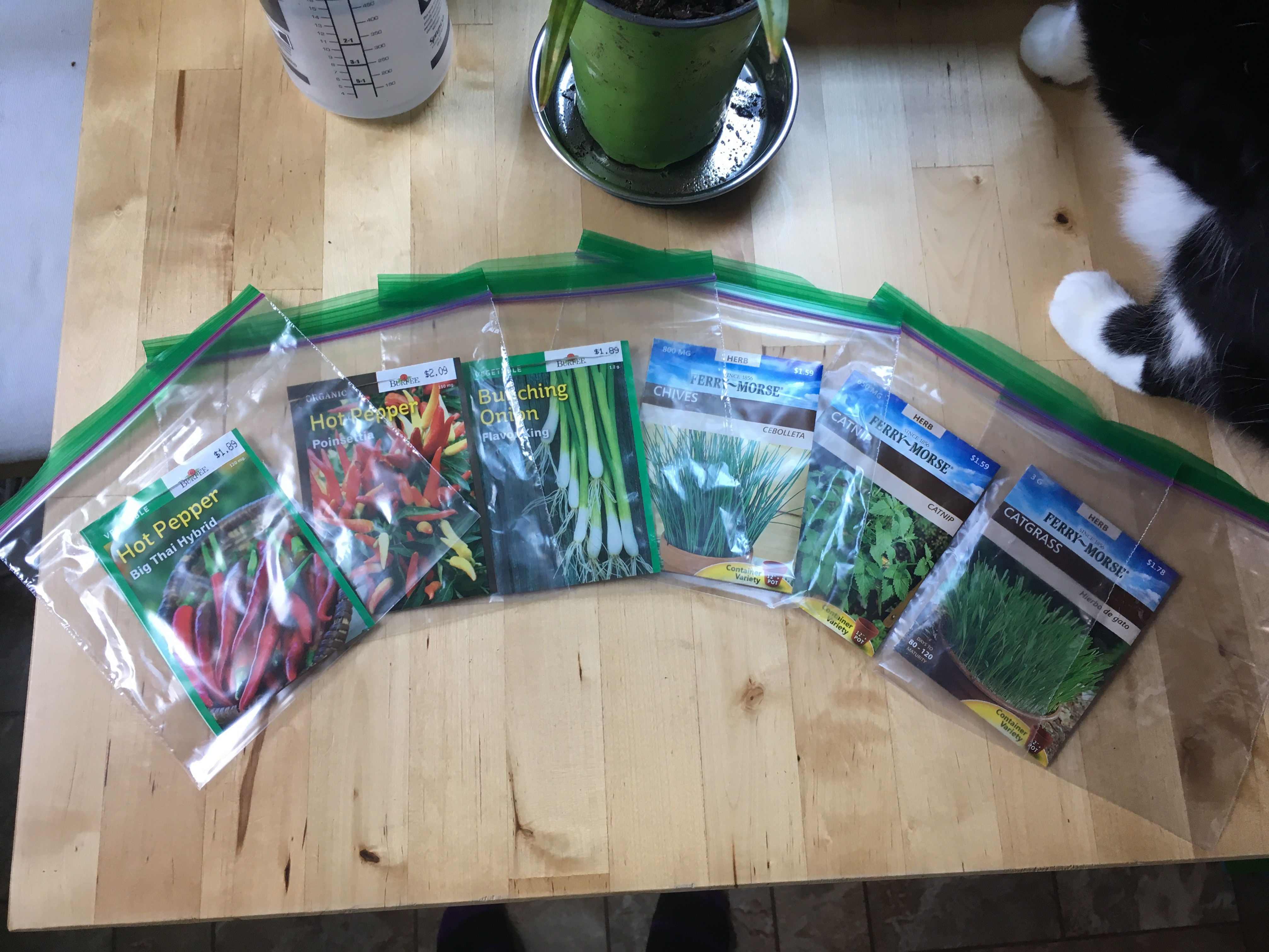 From left to right: two varieties of hot pepper, scallions, chives, catnip, and catgrass. Not pictured here, a garlic clove that had started sprouting in my fridge that I decided to also plan for lols.

I used some generic potting/starter mix to plant these in peat pots: 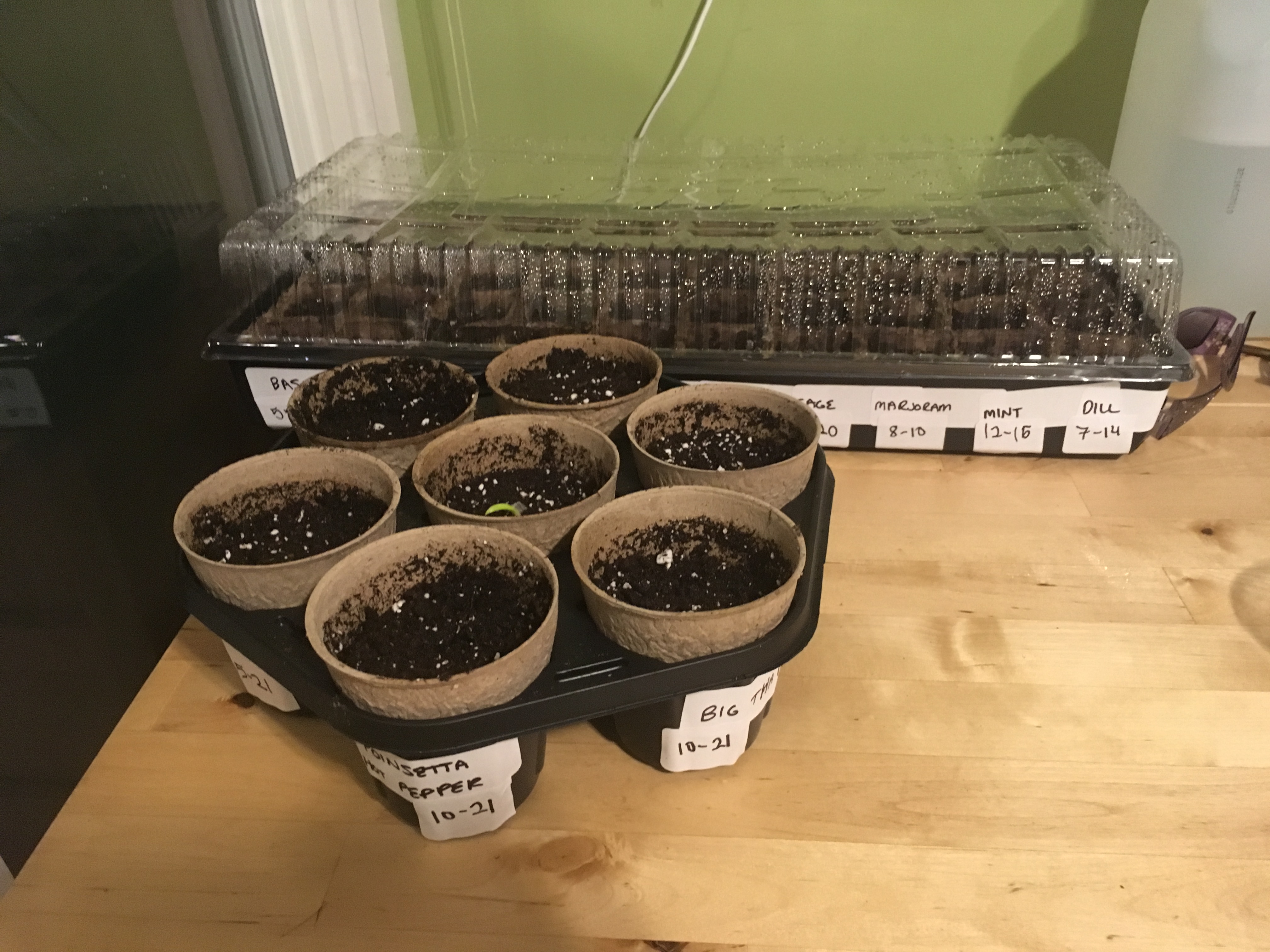 If you’ve noticed, the numbers shown on the labels show how many days till expected germination. Here’s to crossing fingers that those numbers are accurate!

That’s it for now. I’ll be posting more on progress later over the next few weeks.